Motorcycle tests in England to be suspended

The Government has announced that England will be put under new national restrictions from Thursday 5 November until Wednesday 2 December to help stop the spread of coronavirus.

We will continue to keep the situation under review in line with Government advice.

Further to the Government’s announcement, CBT and practical motorcycle training should not take place in England until the restrictions have been lifted.

We will contact you to cancel any MMA bookings you have in England during these dates.

What this means for motorcycle tests

Further to the announcement from the Government, all motorcycle module 1 and 2 tests will be suspended in England from Thursday 5 November and restart on Wednesday 2 December.

You will be automatically refunded for these tests within 5 working days.

Given the short period of time, the new restrictions will be in place, we will not be offering a critical worker priority service. We will keep this under review.

This means that you should not offer lessons to critical workers in England during the new national restrictions period.

Critical workers will need to follow the Government’s travel guidance.

If your pupil booked their own test

We will email anyone who has a motorcycle module 1 or 2 test between Thursday 5 November and Tuesday 1 December to let them know it will be rescheduled to a new time and date.

It could take up to a week for us to reschedule all tests so please ask your pupils to be patient.

We will continue to keep the situation under review in line with Government advice.

Travelling out of England for a test

If you live in England but your pupil does not, you will need to follow the Government guidance on travelling and work.

During the new national restrictions in England we will also be pausing our plans to open up other waiting rooms in England until after 2 December.

We will assess the feedback from instructors, customers and our examiners from the waiting rooms opened as part of the initial rollout to see how we can safely continue to open up other waiting rooms in Scotland and Wales.

We’ll update you again about waiting rooms in Scotland and Wales next week.

The Government has also published guidance on financial support for business/self-employed people in England that you can access. 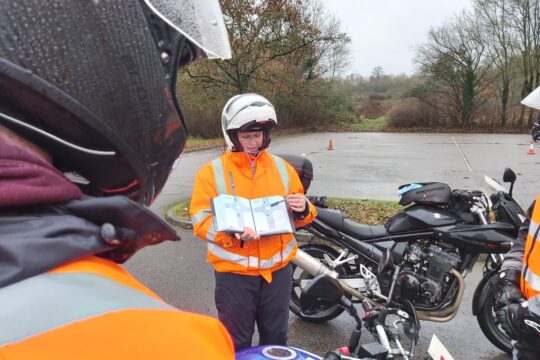 Update on A2 Motorcycle riding test 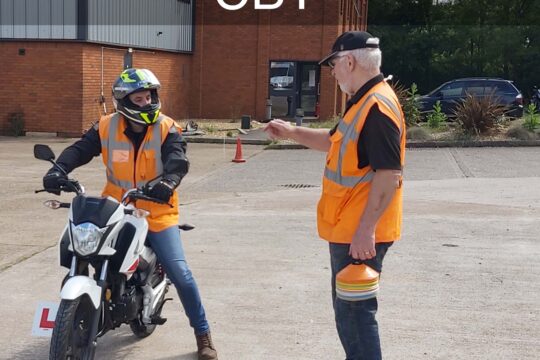 How do you become a motorcycle instructor?